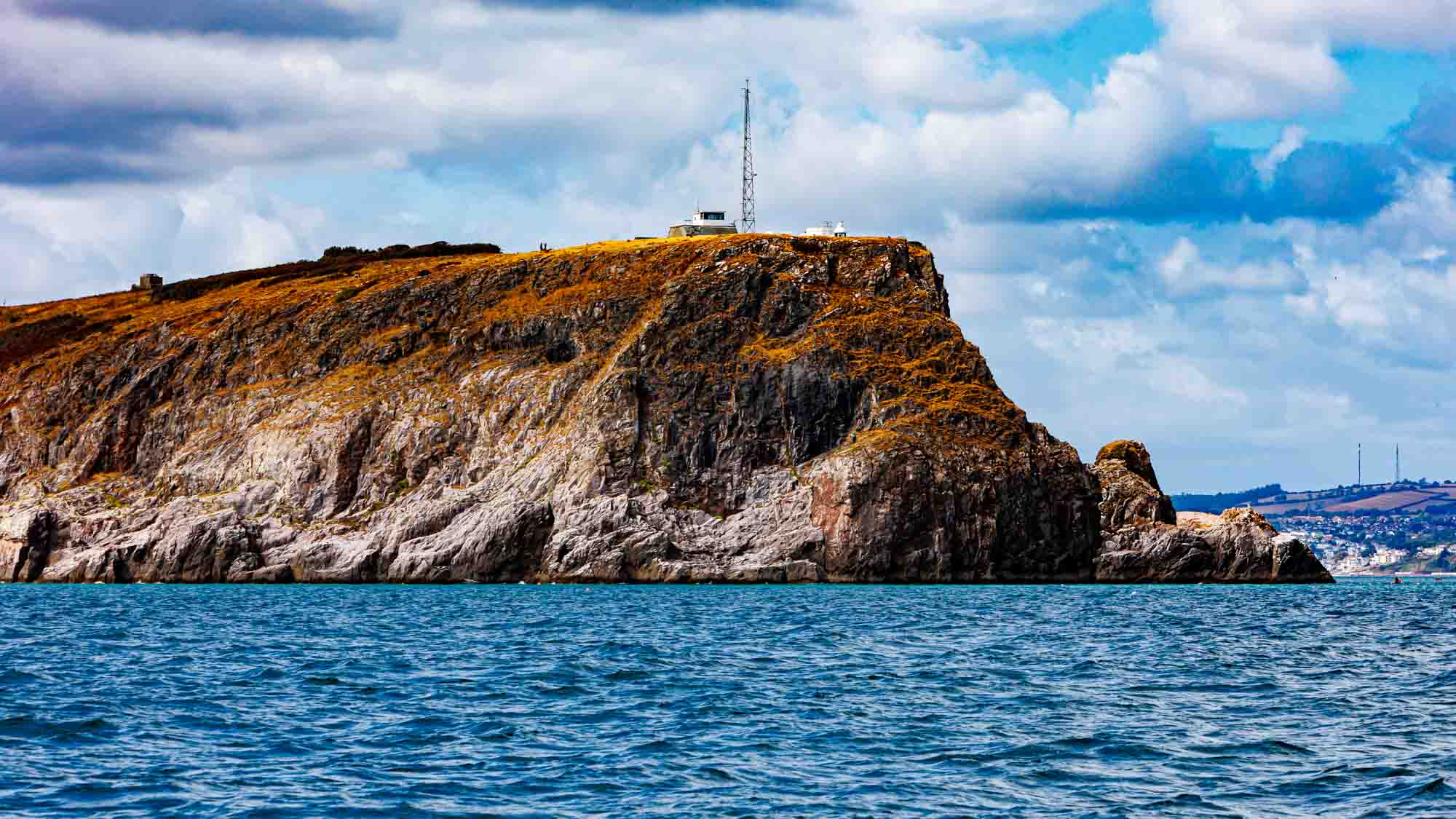 Trilleen slipped out of Torbay into a blizzard of yacht racing in the bay. Unavoidably my track took me across the race course, so there was a a lot of stopping, luffing up, and generally trying to avoid impeding the first day of The Royal Torbay Yacht Club Regatta. The wind in the bay was fluffy and variable and by the time I reached Berry Head I’d already shaken the same reef in the main twice…

Beyond Berry Head the sea opens up into the beginning of the western Channel, and the sea begins to feel like the sea proper. As the swell made itself evident Trilleen literally came to life, feeling her element as a proper sea boat. Her generous tumblehome (which makes her look tubby), and her fat ends both of which stop her dead in the short chop of the Solent, now started to lift her gently across the swell with unmistakable power.

The tacks down to Dartmouth were really useful: a few things in the stowage plan came loose, and are now tied on with more line or clips. In the main though the boat performed really well, and the cabin didn’t look like a demented washing machine had had all my belongings on spin cycle – which is what happens when a boat smashes to windward and the cabin isn’t properly stowed.

Dartmouth has really complex memories for me. It was there that I was originally injured, and the consequences of what seemed like a trivial thing have altered the course of my life. Spinal injuries in particular are tricky things and in my case there probably wasn’t a high enough index of suspicion at the time. The River Dart is a beautiful estuary, deep green with mature deciduous forest falling down towards the shores. The forest is heading towards a temperate rain forest, something that isn’t obvious to summer visitors, but is very apparent to naval cadets exercising in incessant rain and mist on the river through the winter. I was grateful to Britannia Royal Naval College for extending my the courtesy of a mooring through arrangements with the Royal Naval Sailing Association, even though it was quite the biggest buoy that Trilleen has ever moored too.

I was also grateful to St Saviour’s Dartmouth for a beautiful Sunday choral eucharist. It was a very welcome oasis of spiritual calm in the bustle of the town during the first day of the Royal Dart Regatta.